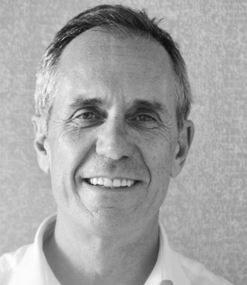 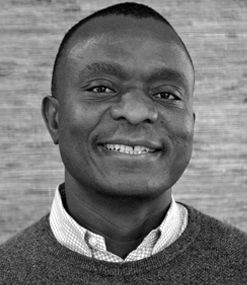 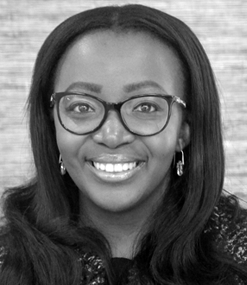 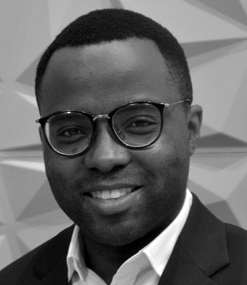 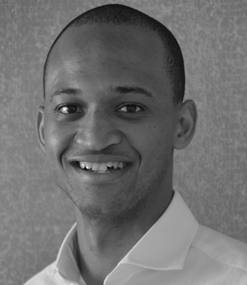 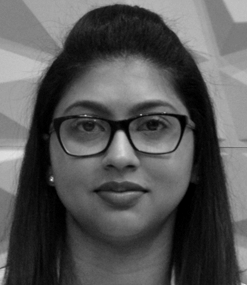 Antony co-founded Value Capital Partners (VCP) with Sam Sithole in October 2016. Prior to that, Antony’s notable business accomplishment was the founding (1990) and building of Brait, South Africa’s premier private equity business which is regarded as being the pioneer of private equity in the region and played an important role in bringing both domestic and international investors into the asset class. Brait’s investment record has consistently been in the top quartile in domestic, emerging market and global performance surveys. Antony then became a non-executive director after Brait restructured in 2011 and ultimately exited his governance commitments in 2013. Between 1990 and 2011, Brait had made more than 100 private equity investments and Antony was on the Investment Committee when all these decisions were made, and in most cases chaired the committee. Additionally, Antony played a lead role in initiating, managing and realising several of these investments.

Sam co-founded Value Capital Partners in October 2016. Prior to starting VCP, Sam was an Executive Director with Brait SE (“Brait”) for more than 8 years until September 2016. The above period included extensive corporate and group reorganisations, as well as the tapping of both local and international markets for new capital for the Group. Sam was also an integral part of the Investment Team from 2011 until 2016 when Brait transitioned into an investment company, a period which saw the Company grow its market capitalisation over 10 times within a 4-5-year period. Prior to Brait, Sam was a partner of Deloitte, where he spent six years as an Audit Partner and departed the firm in 2008 as Group Leader for the Financial Services Audit Practice in the Johannesburg office.

Paul joined Value Capital Partners in October 2017. Prior to joining VCP, Paul was a Principal at Medu Capital, a leading mid-market private equity firm, where he spent 8 years as a deal executive responsible for deal sourcing, deal execution and portfolio management. During his time at Medu Capital, Paul led and concluded a number of transactions, valued at over R1 billion, and served on various boards of companies, including the boards of Elite Truck Hire, Universal Paints, Wekaba Engineering, Industrial Water Cooling and Kentz South Africa.

Prior to joining Medu Capital, Paul was a consultant at Investec Corporate Finance, where he gained valuable experience in all aspects of corporate finance, including mergers and acquisitions, disposals, JSE listings and BEE transactions. Paul completed his articles in the Financial Services of KPMG Inc, where served as a member of the Treasury Advisory Group as well as the Derivative Valuations Specialist. Paul’s clients included Investec Bank, HSBC, BJM Securities and Nedbank Limited.

Nono is a seasoned investment banking and corporate finance professional, having spent time at Goldman Sachs International and Anglo American (both based in the United Kingdom) where she was responsible for M&A execution, investment evaluation and strategic long term financial planning. During her time at Goldman Sachs and Anglo American, she executed cross-border transactions in Consumer/ Retail, Healthcare, Real-Estate and Metals and Mining across the UK, Africa and the Americas. Nono is chartered accountant by profession, having begun her career in the Audit and Advisory Financial Institutions Services Team at Deloitte in Johannesburg. She has a Bachelor of Accountancy degree from Wits University, and an MBA from London Business School (awarded with Distinction) where she was a Mo Ibrahim Scholar.

Before joining VCP, Victor was a Business Development Manager at Microsoft SA in their multi-million rand Equity Equivalent Programme where they supported 8 SMEs with the ultimate goal of turning them into global businesses. He managed 5 of the 8 companies in the programme and worked with executives and Boards in driving value for accelerated growth. He sat as an observer on the Boards of some of the companies on behalf of Microsoft and saw growth of over 10 times in the value of the portfolio companies over a 5-year period. He started his career as an entrepreneur where he started or consulted small businesses in Zimbabwe, SA and USA. He is currently in the process of completing another Masters in Business Leadership with UNISA.

Prior to joining VCP, Zandile worked in investment banking for over two years. During this time, she advised local and international clients in mergers and acquisitions, capital raisings, leveraged finance, BEE and strategic capital allocation. Experience in telecommunications, retail, construction and mining in South Africa and USA. Zandile completed her articles in the Banking and Capital Markets division of PwC where she worked with banking, private equity, stockbroking and other financial services clients. Zandile holds a Bachelor of Business Science (Finance Honours and Accounting) and a Post-Graduate Diploma in Accounting from the University of Cape Town. She is a member of the South African Institute of Chartered Accountants.

Before joining VCP, Boipelo was an assistant manager in the Accounting Consulting Services (ACS) Division at PwC. During her time at ACS, she consulted on complex accounting queries for various clients, presented training on International Financial Reporting Standards (IFRS), as well as reviewed the financial statements of various listed entities to ensure compliance with IFRS. Boipelo completed her articles in the Technology, Innovation, Communications and Entertainment (TICE) division of PwC where she worked with entertainment, healthcare, logistics and other clients. Boipelo holds a Bachelor of Business Science (Finance and Accounting) and a Post-Graduate Diploma in Accounting from the University of Cape Town. She is a member of the South African Institute of Chartered Accountants.

Prior to joining VCP, Monde was a Senior Associate on the investment team of FFL Partners, a San Francisco-based private equity firm managing more than $2bn. Prior to that, Monde spent three years as a management consultant at Bain & Company, focused on financial services and telecommunications clients across Sub-Saharan Africa. Monde holds a Bachelor of Business Science with Honours in Finance from the University of Cape Town, a Master of Arts in Education from the Stanford Graduate School of Education, and an MBA from the Stanford Graduate School of Business, where he was an Arjay Miller Scholar.

Before joining VCP, Annabelle served as the CFO at Medu Capital, a mid-market private equity business. She spent ten years at Medu where her responsibilities included all the financial management aspects of the private equity funds and group companies, fund raising, investor relations and general office management. Annabelle, is a chartered accountant and qualified at Deloitte in 2007 where she completed her articles in the general audit division. She holds a Bachelor of Commerce degree in accounting and a post graduate Bachelor of Accounting degree from the University of Johannesburg and is a member of SAICA.

Timothy joined VCP in April 2018 after spending 15 months in the M&A division of PwC. During this time, he advised both local and international clients on mergers and acquisitions, capital raisings and BEE. His experience included mining, construction, technology, gaming and materials handling in South Africa and the rest of Africa. Timothy completed his articles in the Banking and Capital Markets division of PwC where he worked with stockbroking, private equity, investment banking and other financial services clients. Timothy holds a Bachelor of Commerce and Bachelor of Commerce Honours, cum Laude, from the Nelson Mandela University, where he received the Vice Chancellor Scholarship for academic excellence. Timothy is a member of the South African Institute of Chartered Accountants and has passed all three levels of the CFA Program.

Mikki joined VCP in July 2018 as the Executive Assistant to the CEO. Prior to that Mikki was with J.P. Morgan Cazenove for over 22 years. During that time, her responsibilities included but not limited to sales support; corporate access; organising sector roadshows; deal and non-deal roadshows; client relationship management; coordinating meetings, office administration and providing consultative and logistical services to corporates as well as institutional shareholders both locally and internationally. Mikki holds a Diploma in Office Administration from Varsity College in Sandton, Johannesburg.

Prior to joining VCP, Awele worked as a Mergers and Acquisitions Transactor within the RMB Investment Banking Division. During this time, he advised clients on local and cross border acquisitions, BEE structuring and equity capital raising across the retail, manufacturing and property sectors.

She has a proven track record of managing teams across South Africa, Middle East, UK and the Rest of Africa. Her management expertise spans across operational, strategic and financial functions including Treasury, Corporate Finance, Investor relations, Fund raising and Enterprise risk platforms. She was instrumental in the acquisition of Ashburton in the UK and the expansion into the Middle East.

Noorul-ain, is a chartered accountant and qualified at Deloitte in 2001 where she completed her articles in the general audit division. She holds a Bachelor of Commerce degree from Wits University and a post graduate Bachelor of Accounting degree from the University of Natal and is a member of SAICA.

Prior to joining VCP, Gift was an Investment Analyst at Allan Gray (Pty) Ltd, one of the leading asset management firms in South Africa, where his experience spanned JSE-listed and Africa ex-SA equities. His coverage included Industrial Metals and Mining, Construction and Materials, Chemicals and Financial Services. Before that, Gift served his Doctoral fellowship at Baylor College of Medicine in Houston, TX and his research associateship at Groote Schuur Hospital. Gift holds a Doctoral degree in Medicine from the University of Cape Town where he was a Laurie Dippenaar and Oppenheimer Memorial Trust scholar.

Prior to joining VCP, Tseke was completing his Masters in Finance at London Business School and worked for Pantheon Ventures, a London-based private equity firm managing over US$40bn. Prior to that, he worked as a quantitative equity analyst at BNP Paribas Securities and as a sales and structuring graduate at Rand Merchant Bank. Tseke holds a Bachelor of Business Science in Actuarial Science from University of Cape Town, a Masters of Management from Wits Business School and a Masters in Finance from London Business School. He has also completed all three levels of the CFA program and he is currently completing his Institute and Faculty of Actuaries exams.

Leon joined VCP in January 2019. Prior to joining VCP, Leon completed his accounting articles in the Banking and Capital Markets division of PwC where he worked with private equity, investment banking and retail banking clients. This experience involved working with clients in order to ascertain business valuations, assess credit models across retail banks and assess market risk across investment banks.

Leon holds a Bachelor of Accounting and Bachelor of Accounting Honours, from Stellenbosch University. Leon has completed his 3 years of articles and is awaiting registration with the South African Institute of Chartered Accountants (SAICA). Leon has also passed both levels of the CAIA (Chartered Alternative Investment Analyst) qualification and passed level 2 of his CFA exams.

Tapiwa is an experienced investment banking and corporate finance professional with over 10-years’ experience across public and private markets, having spent several years in Goldman Sachs’ EMEA Investment Banking Division in London, executing cross-border M&A, ECM and DCM transactions primarily in the Natural Resources sector. Immediately prior to joining VCP, Tapiwa served as Group Corporate Development Manager and Interim Head of Investor Relations at Vivo Energy plc, a dual LSE-JSE listed Helios-Vitol portfolio company where he was integrally involved in leading Vivo’s landmark Initial Public Offering in May 2018 – the largest African IPO on the London Stock Exchange in over a decade. He began his corporate career at Anglo American plc, where he worked in strategy and corporate finance roles in South Africa, the UK and Brazil.

Tapiwa is a South African Chartered Accountant by profession having trained in the Audit and Advisory Financial Institutions Services Team (FIST) at Deloitte in Johannesburg. He holds a Bachelor of Business Science (Finance) degree from the University of Cape Town and an MBA (full-time) from London Business School where he graduated with Distinction.